The PureShowers Ionic Hand Held 3 Spray Shower Head Shower Filter easily attaches to your existing shower hose and incorporates two powerful types of ceramic stone water filters inside the shower handle. It is designed specifically for low water pressure showers and can increase water pressure up to 200% and lower water usage by up to 30%. 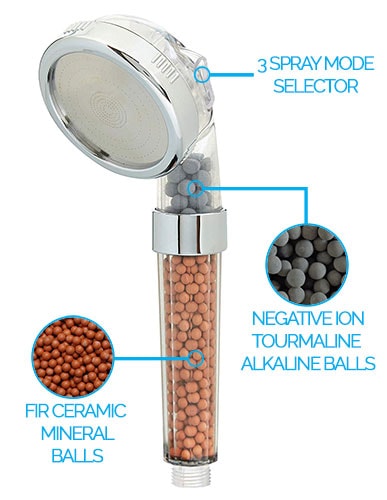 How To Replace Filter Balls and Maintain The Shower Head

Because of the unique properties of this shower head that increases the pressure and flow of shower water, if you live in a hard water area, you may need to clean the stainless steel face of the shower head more often. Here are some instructions on how to do that and also how to replace the filter balls.

You may also be interested in the following product(s)